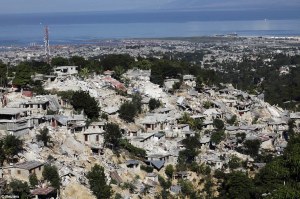 Yet again we witnessed the terrible devastation and aftermath of another natural disaster, this time affecting the poorest nation in the Western hemisphere. And again, we witness the hubris and arrogance from certain human beings rather than humility. Charles Osgood from CBS had the audacity to state that the only force on the planet powerful enough to rescue the poor nation of Haiti was the “all-powerful US government.” Does he forget Katrina? Pat Robertson called the earthquake the result of “a pact with the devil.”

In this khutbah we explore the Islamic response to tragedies such as these. [click to listen]